Can tapping help anxiety? What is EFT and how to tap

In the last weeks, I talked with different people about the stressful and anxious moments they had lately. We also spoke about a new method they discovered in their efforts to restore peace and regain balance. The technique is called EFT tapping.

I have to say I was impressed to hear that they tried it. EFT has a holistic approach, and they don’t necessarily believe in this kind of procedures. I wasn’t surprised to hear that tapping really helped them release the tension and re-establish peace within themselves.

Two years ago, I discovered this method randomly on YouTube. I was amazed by how easy and natural the steps were. Therefore, I introduced them very fast into my routine. Sadly after a while, I stopped. You know as well as I do how hard it is sometimes to stick with good habits. Since then, I used tapping occasionally when I was stressed or upset.

One month ago, I decided to reintroduce it in my daily routine, so now, every time I meditate, I start with tapping.

I interpreted the conversations with my friends as signs to share this method and make it known to all of you who never heard about it. We live in exciting times where our level of stress and panic is much higher than usual so having a simple method as an ally in these times I think is quite useful. I hope you will give it a try and see if it resonates with you. Let’s see what is EFT exactly, how it works and how to do it.

WHAT IS EFT TAPPING

EFT means Emotional Freedom Technique, and it was first introduced to the public in 1995 by Gary Craig, a Stanford engineering graduate and Certified Master Practitioner of Neuro-Linguistic Programming.

EFT is an alternative therapy for anxiety, post-traumatic stress disorder (PTSD), and some other conditions. The technique uses the Chinese meridian system. You just have to tap on meridian points with your fingertips. 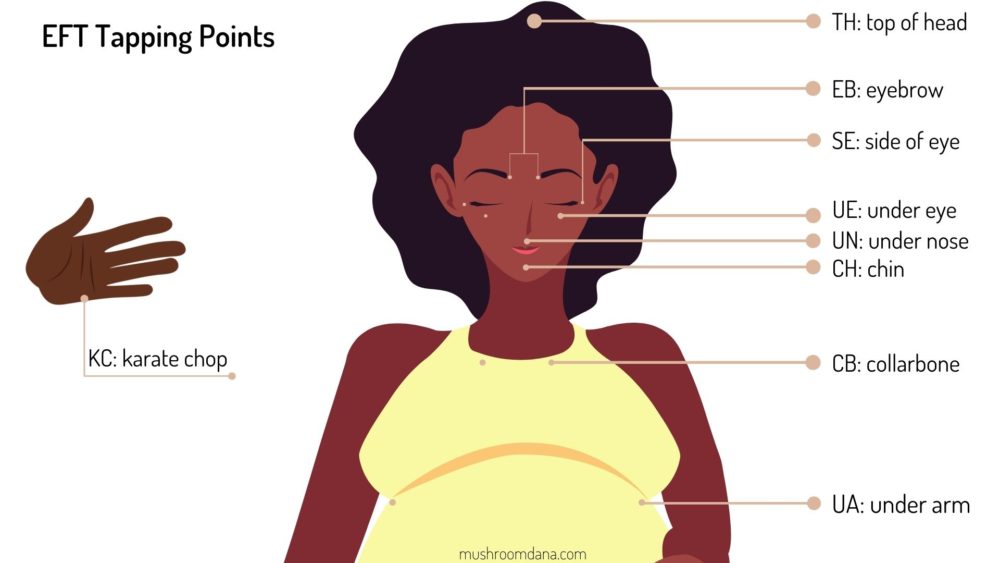 EFT implies tapping the body’s energy meridian points, as in acupuncture and acupressure. Our bodies have a natural flow of energy, but they tend to remain stuck in our bodies when we suppress emotions, thus interrupting the natural flow. When this happens, we begin to get ill. At first, we experience light symptoms, which indicate inflamed points in the body. Untreated these spots can lead to more complex issues.

Jacques Martel explains this mechanism in detail in his book The Encyclopedia of Ailments and Diseases: How to Heal the Conflicted Feelings, Emotions, and Thoughts at the Root of Illness. You can find it in many other languages.

Each emotion has a specific place in the body where it remains locked. When you tap on the body’s meridian points, the energy is released, and the flow restored.

WHAT IS EFT GOOD FOR

Emotional Freedom Techniques, as the name says, can help to re-establish the emotional balance within ourselves. Therefore EFT can help with everything and anything. Whatever you are going through, you have emotional responses to those situations, as I described above. The basis on which EFT is working is that the emotion is felt, acknowledged, and afterwards released. In a way is a form of meditation because you direct your attention towards yourself, your body and your feelings.

When something is going wrong, we often tend to focus our attention on the problem and not the cause of the problem. Treating only the issue but not also the cause it’s like starting with the end and doing only half of the job. EFT helps you identify the cause and work with it.

But for you to have a starting point, please see below a few examples of disorders that can be addressed using EFT. 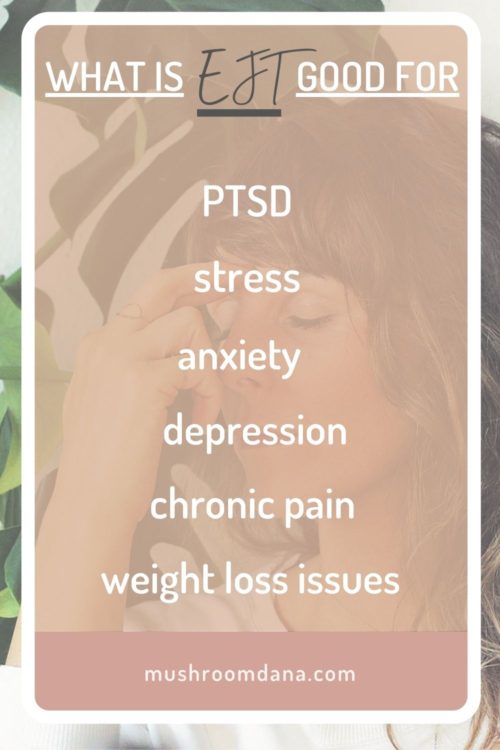 HOW TO DO IT

Before you start tapping, here are some steps you need to know and follow.

Bellow, you have a detailed presentation and explanation of the procedure done by the creator, Gary Craig.

WHAT DOES THE RESEARCH SAY

There have been relatively few studies on EFT, but people are becoming more interested in this technique, so the desire for research also increases. Still, the research to date is limited and not very clear, which opens the door to criticism. More research needs to be done for researchers to draw definitive conclusions on the effectiveness of EFT.

Despite all of this, recent studies have shown that tapping might be useful for some conditions, such as anxiety, stress, chronic pain and PTSD.

In 2019 a study involving 203 people reported that participants experienced significant reductions in anxiety, depression, and PTSD symptoms, as well as in pain levels and cravings after using EFT.

Yes, maybe the research doesn’t have a solid foundation yet, but I believe we can conduct our analyses. I think that nowadays we need to question any study. There are so many out there and so contradictory that it forces us to develop our own investigations. The only person who can say if it’s right for you or not is you. Therefore only if you try it you can determine if it suits you. Only from this point of view, I believe we can have a clear understanding of almost everything.

The duchess is among the first celebrities using and speaking about EFT. In her biography, The Duchess of Cornwall, Camilla Parker Bowles, wrote that she used EFT to overcome her flying anxiety.

Lily Allen is an English singer, songwriter, author, and celebrities using EFT therapy regularly. To her, it was a method that helped her combat the chocolate addiction.

Michael Ball, a singer, known for his acts in Les Miserables and Hairspray, uses the EFT method to overcome panic attacks.

The singer saw Stephen Gately from Boyzone making these peculiar moves, and he asked him why he was doing them. Stephen explained the procedure to him, and since then, Michael started practising tapping regularly. He even showed the viewers of an online show how he uses the technique to overcome his anxiety.

Olympic athlete Bralon Taplin and baseball player Jorge Reyes also use tapping to calm their nerves. A camera spot both of them while tapping before performing.

The actress and comedian Whoopi Goldberg suffered from many anxieties, including a fear of flying. In an American television show, she demonstrated how she uses EFT tapping to overcome her fear of flying.

In an interview offered to The Guardian, Naomie Harris, a movie and theatre actress, said she uses the tapping method to calm her nerves. The actress also speaks about an event from her childhood when she used the technique to gain more confidence in herself. 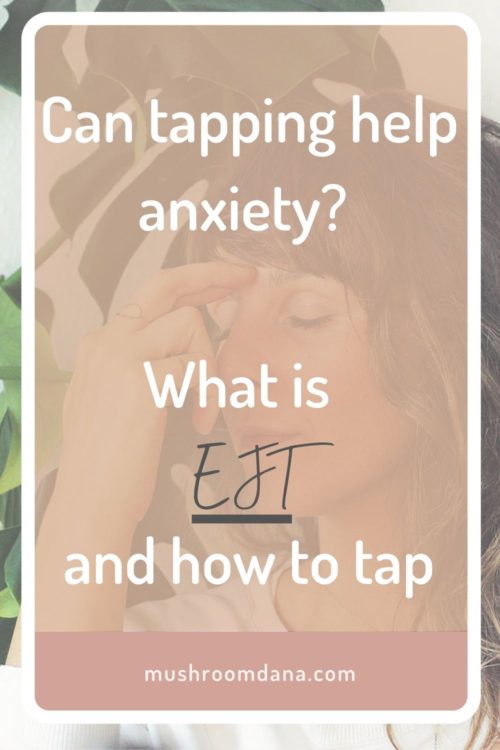 Every time I practice EFT and grounding (see my article about grounding), I feel as I’m connecting with myself. I fell more into myself. It is like a key with which I enter my body and my soul much faster. With time these therapies evolved into a ritual, a practice which I can count on when I feel lost.

I have to say I adapted the EFT method a little bit to fit my needs. Because I’m using it before meditation and I don’t have a particular situation I want to address every time, I’ve changed the sentence. Now I’m using three different sentences three times on every point. Gary Craig doesn’t recommend making any changes, but, with all due respect, for me, these sentences I created address my current situations, suites my purposes and are quite helpful.

Please give it a try. It’s a simple, non-invasive and gentle technique with lots of benefits. If you don’t like it or you can’t see any changes in your mood, you can forget it. But at least you tried a new method. You will need to go through points only a few times to remember them after. It’s easy and peaceful.

I would love to know if you tried tapping before or after reading this article and how it made you feel. Did you notice a change in your situation? Did it calm you down? Feel free to share your thoughts with us. Thank you! 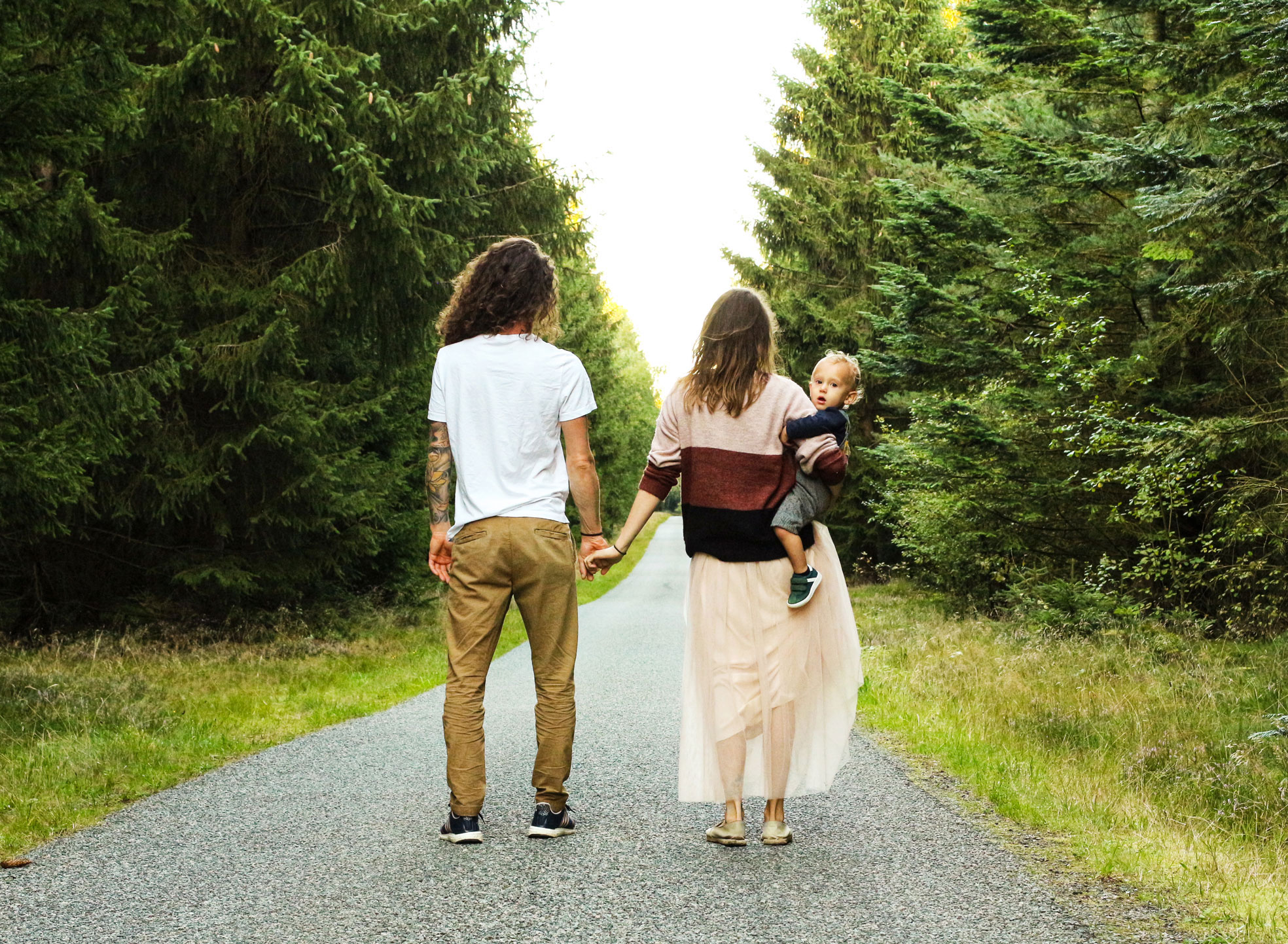 First-time parents. Our discoveries and lessons

Best of My Blog
Straight to Your Inbox

THE MOST DISCUSSED TOPICS

What to do when the Woman You Love is Sad 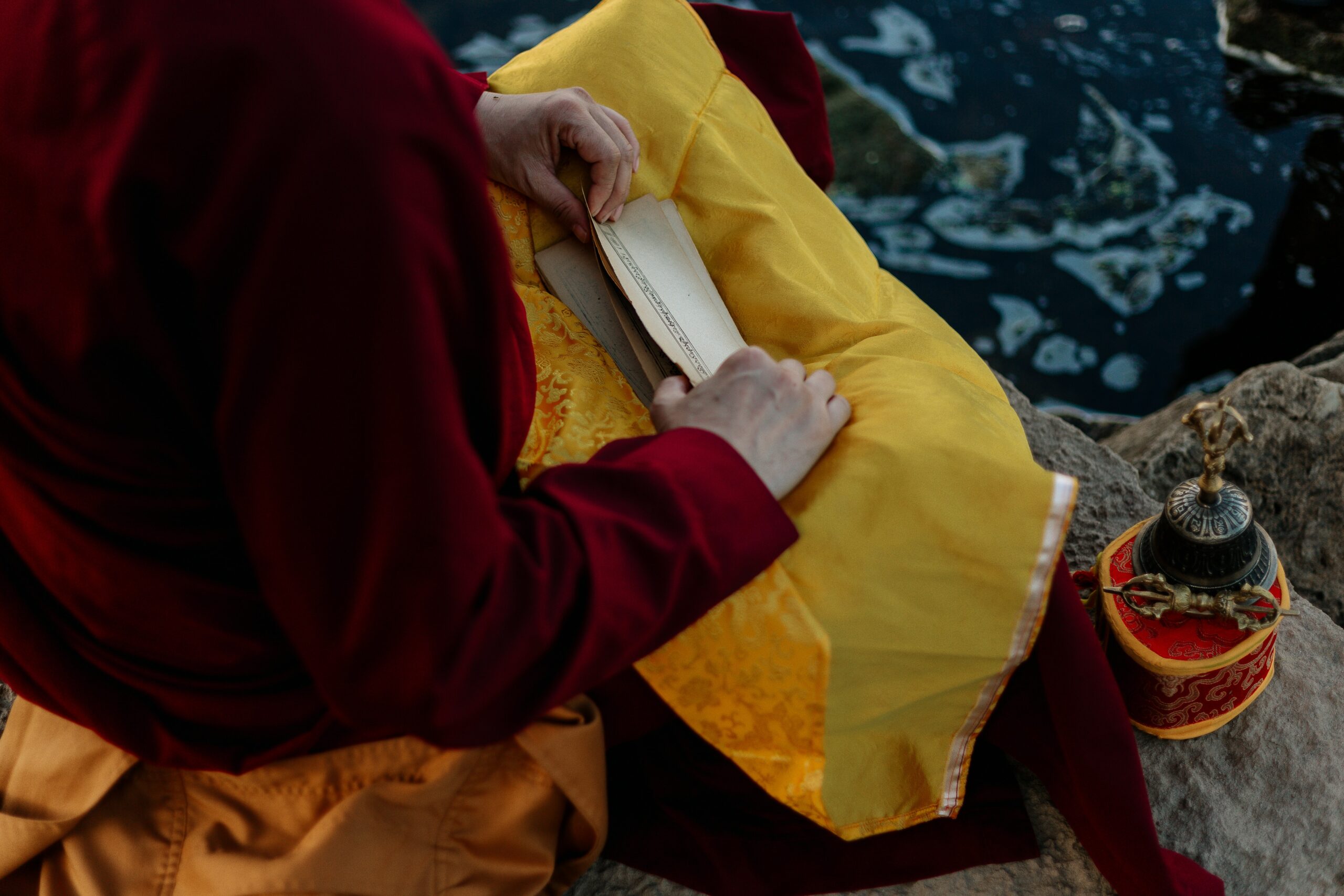 Powerful Mantras for Peace of Mind and Inner Joy 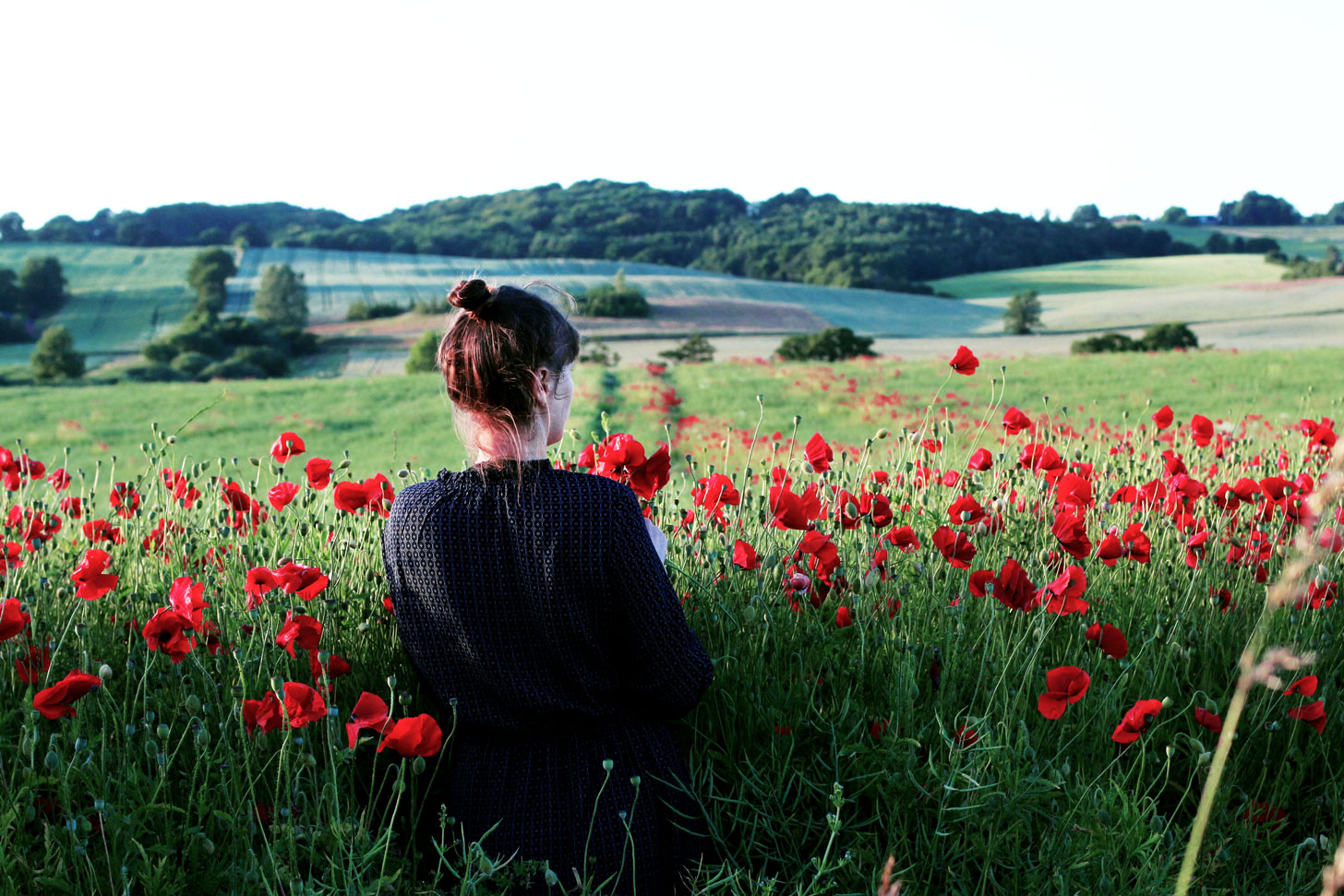 How to Invite Gratitude into Your Daily Life 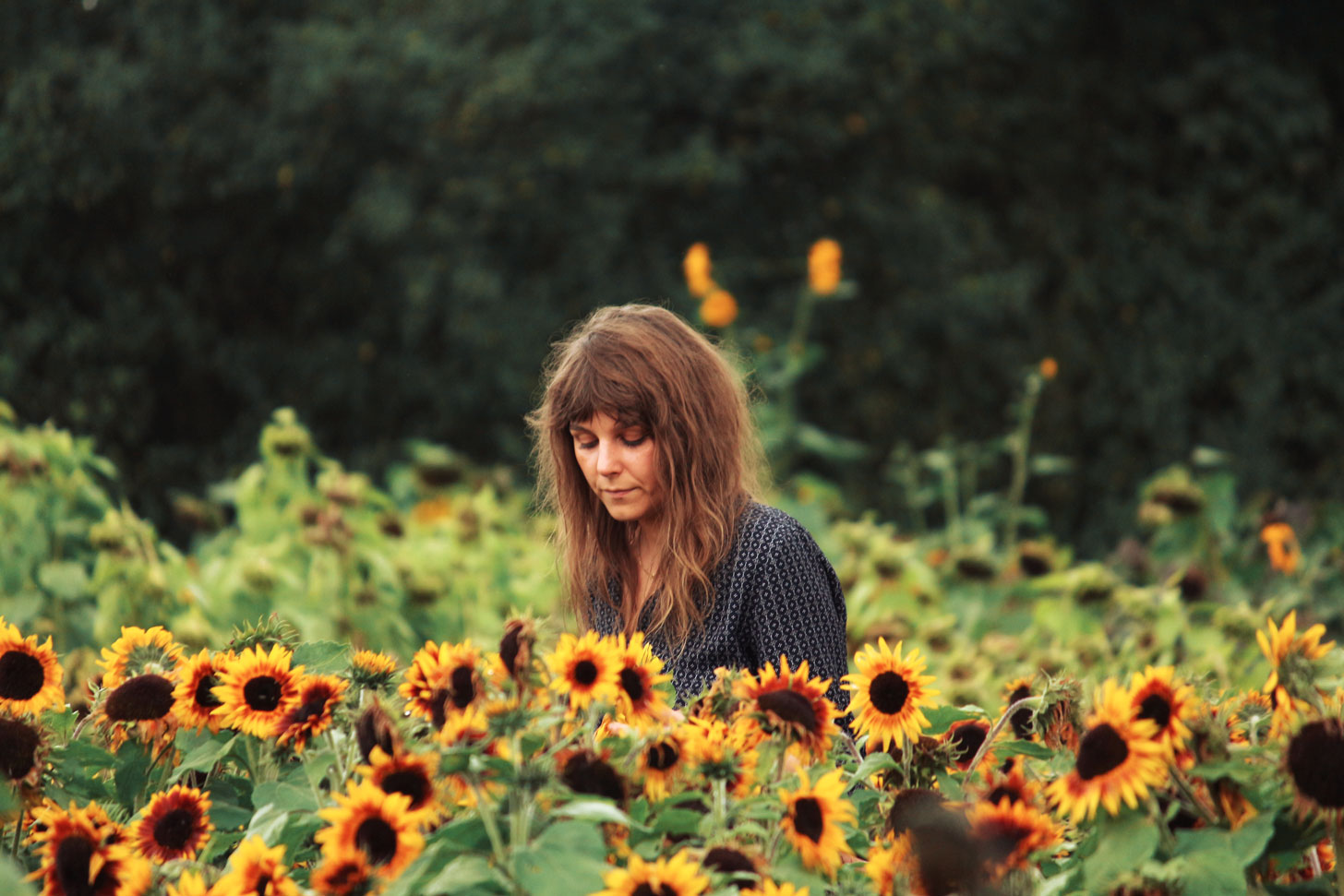 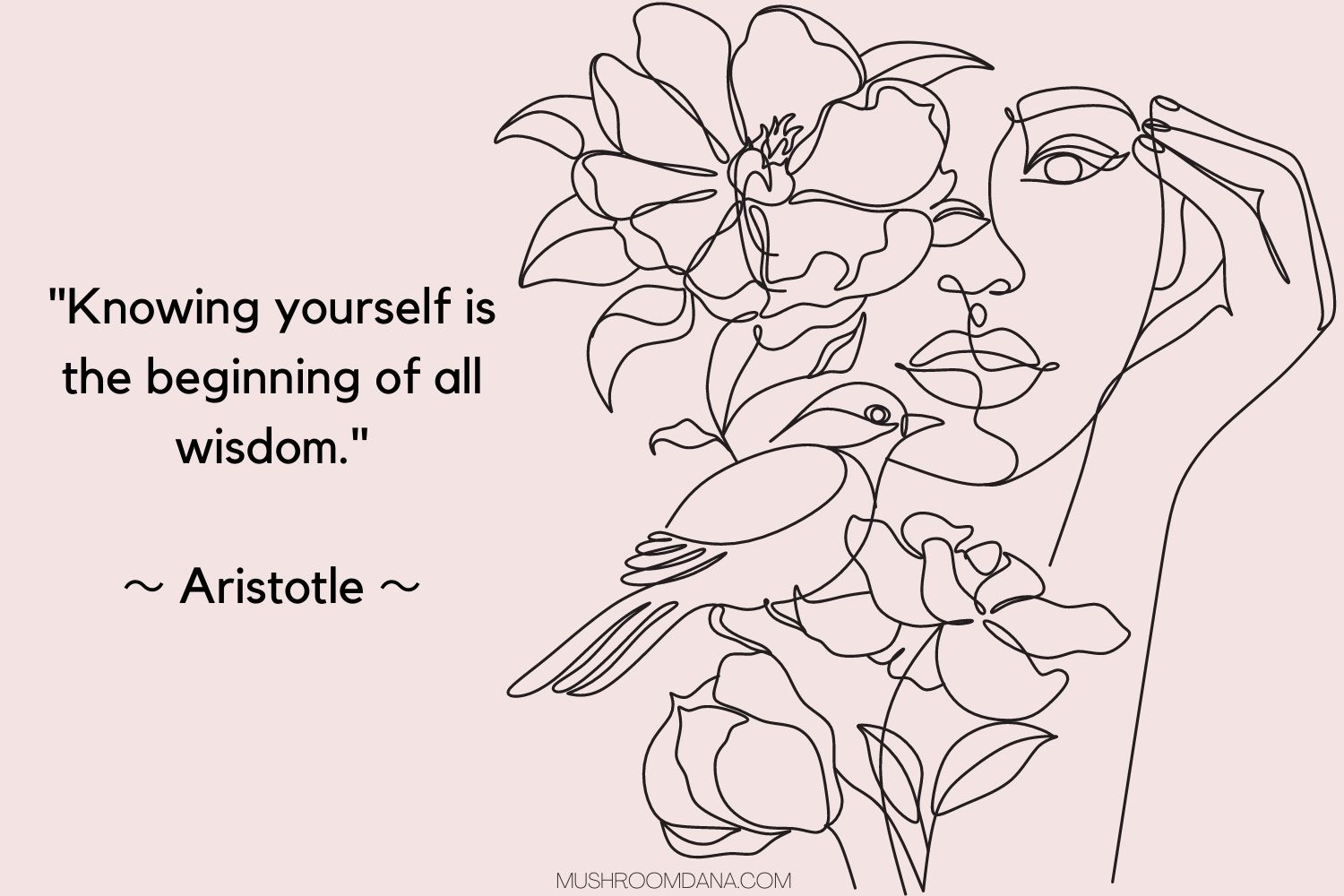 Best of My Blog Straight to Your Inbox

This website uses cookies to improve your experience while you navigate through the website. Out of these cookies, the cookies that are categorized as necessary are stored on your browser as they are essential for the working of basic functionalities of the website. We also use third-party cookies that help us analyze and understand how you use this website. These cookies will be stored in your browser only with your consent. You also have the option to opt-out of these cookies. But opting out of some of these cookies may have an effect on your browsing experience.
Necessary Always Enabled
Necessary cookies are absolutely essential for the website to function properly. This category only includes cookies that ensures basic functionalities and security features of the website. These cookies do not store any personal information.
Non-necessary
Any cookies that may not be particularly necessary for the website to function and is used specifically to collect user personal data via analytics, ads, other embedded contents are termed as non-necessary cookies. It is mandatory to procure user consent prior to running these cookies on your website.
SAVE & ACCEPT
Total
47
Share
24
23
0
0
0
0